A New Perspective on the Mind 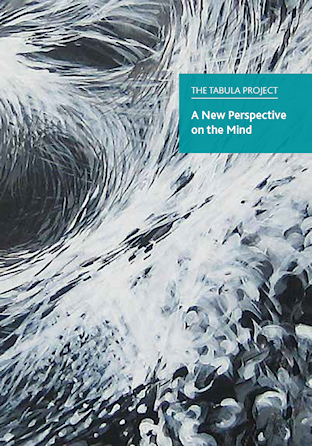 The level of threat we live with is greater than ever, but the mindset that got us into this predicament won't get us out of it. If we want to change behaviours we need to change the premises which led to them. We need to change how we think.

The Tabula Project aims to provide a new perspective on the mind. The paintings depict states of consciousness and thought, and fundamental questions of existence are explored in the writings and workshops.

In the age of mass information, it is even more important to recognize that it is not what we know, but how we know what we know that matters. And to understand consciousness, with or without thought, we need to understand the self. The development of the project was informed by extensive research into how the subject of thought and consciousness had been explored across a range of disciplines.

For real and lasting change to occur we need to begin with ourselves. Ultimately it will be through the cumulative impact of changes at the individual level that society might change. Read more...

Towards an Evolution of Thought contains a summary of the main findings from the research into the subject of thought and consciousness. The main findings of the research are explored in freethinking workshops as part of a consultation into the ideas generated by the project. Selected Writings includes poems, personal reflections and excerpts from the art diaries produced over the course of the project's development. 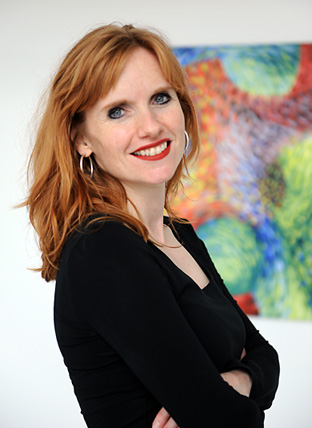 Claire Haigh's paintings are inspired by a deep desire for positive change, and by her belief that for real and lasting change to occur we need to begin with ourselves. She became interested in the early 1990s in exploring the nature of thought and consciousness through art, believing that paintings could provide a new window of understanding. This led to her embarking upon The Tabula Project.

She has had five solo exhibitions in central London*. Her work has been bought by private and corporate collectors including NatWest, Marks & Spencer and the Boston Consulting Group. She has also completed many notable portrait commissions, including Sir Peter Hendy, Chairman of Network Rail; Ken Livingston, Mayor of London (2008); and, Tim O'Toole CBE, CEO FirstGroup PLC.

She is Chief Executive of Greener Journeys, a campaign dedicated to encouraging people to make more sustainable travel choices. She is also a Director of the Low Carbon Vehicle Partnership, and a columnist for the monthly magazine Transport Times. She is a Fellow of the Royal Society for the Encouragement of Arts, Manufactures & Commerce (FRSA), and a Chartered Fellow of the Chartered Institute of Logistics and Transport (FCILT).